Intellectual property rights (IPR), which comprise patents, trademarks, designs and geographical indications, as well as copyright (authors’ rights) and rights related to copyright (for performers, producers and broadcasters), have been around for centuries. Often, without our even realising, they affect our daily lives: they protect the technology we use (cars, mobile phones, trains), the food we eat and the music we listen to or the films we watch. But in the last few years, technological change and, in particular, the growing importance of online activities, have completely changed the world in which IPR operate.

The existing mix of European and national rules are no longer adapted and need to be modernised. That is why the Commission has adopted today a comprehensive strategy to revamp the legal framework in which IPR operate. Our objective is to enable inventors, creators, users and consumers to adapt to the new circumstances and to enhance new business opportunities. The new rules will strike the right balance between promoting creation and innovation, in part by ensuring reward and investment for creators and, on the other hand, promoting the widest possible access to goods and services protected by IPR. Getting this balance right will make a real difference to businesses (from the individual artist working alone to the big pharmaceutical companies) by encouraging investment in innovation. This will benefit the EU’s growth and competitiveness which is delivered through the single market.

Consumers will benefit from wider and easier access to information and cultural content, for example online music. The strategy deals with many issues to ensure IPR are covered comprehensively – from the patent a business needs to protect an invention to tackling the misuse of such inventions via a proposal also adopted today which will strengthen action on counterfeiting and piracy. Among the first deliverables of this IPR overall strategy are today’s proposals for an easier licensing system for so-called “orphan works” that will allow many cultural works to be accessible online, and for a new regulation to reinforce customs actions in fighting trade of IPR infringing goods.

“Ensuring the right level of protection of intellectual property rights in the single market is essential for Europe’s economy. Progress depends on new ideas and new knowledge,” said Internal Market Commissioner Michel Barnier. “There will be no investment in innovation if rights are not protected. On the other hand, consumers and users need to have access to cultural content, for example online music, for new business models and cultural diversity to both thrive. Our aim today is to get the balance between these two objectives right for IPR across the board. To make Europe’s framework for intellectual property an enabler for companies and citizens and fit for the online world and the global competition for ideas.”

Algirdas Šemeta, Commissioner responsible for Customs said: “Customs are ideally placed at the border, to protect citizens and legitimate businesses and their contribution is highly valuable in fighting counterfeiting and piracy”. He added: “I am convinced that a robust system of intellectual property rights is essential for the whole EU economy. With today’s proposal, customs will be able to provide greater protection for IPR and to better tackle the trade in IPR infringing goods.”

The IPR Strategy sets out a series of short- and long-term key policy actions in various areas which include:

Patents: the Commission already launched proposals in April for a unitary patent protection under enhanced cooperation (see IP/11/470). Meanwhile, work will continue on proposals relating to the creation of a unified and specialised patent court for the classical European patents and the future European patents with unitary effect. This would considerably reduce litigation costs and the time it takes to resolve patent disputes. It would also increase legal certainty for business.

Trade marks: while trade mark registration in the EU has been harmonised in Member States for almost 20 years and the Community trade mark was established 15 years ago, there is an increasing demand for more streamlined, effective and consistent registration systems. The Commission intends to present proposals in 2011 to modernise the trade mark system both at EU and national levels and adapt it to the Internet era.

Geographical indications (GIs): GIs secure a link between a product’s quality and its geographical origin. However, there is currently no such system available at EU level for the protection of non-agricultural products such as Carrara marble or Solingen knives. This leads to an unlevel playing field in the Single Market. The Commission will therefore carry out an in-depth analysis of the existing legal framework in the Member States as well as the potential economic impact of protection for non-agricultural GIs in 2011 and 2012. Depending on the outcome of an impact assessment, these could eventually be followed up by legislative proposals.

Multi-territorial copyright licensing: While the substantive scope of copyright has been largely harmonised, rights are still licensed on a national basis. In view of the digital Single Market, streamlining copyright licensing and revenue distribution is one of the most important challenges that must be addressed. In the 2nd half of 2011, the Commission will submit a proposal to create a legal framework for the efficient multi-territorial collective management of copyright, in particular in the music sector. It will also establish common rules on the transparent governance and revenue distribution. In the second half of 2011, the Commission will also launch a consultation on the various issues related to the online distribution of audiovisual works.

Digital libraries: The creation of European digital libraries that preserve and disseminate Europe’s rich cultural and intellectual heritage is key to the development of the knowledge economy. To facilitate this, the Commission is also tabling today a legislative proposal that will enable the digitisation and online availability of so-called “orphan works” (works like books and newspaper or magazine articles that are still protected by copyright but where the right holders are not known or cannot be located to obtain copyright permissions) – see MEMO/11/333. Concurrently, the Commission looks forward to concluding a Memorandum of Understanding amongst libraries, publishers, authors and collecting societies to facilitate licensing solutions to digitise and make available out-of-commerce books.

IPR violations: Counterfeiting and piracy are a growing threat for the economy. Between 2005 and 2009, the number of registered cases at the EU borders of goods suspected of infringing IPR increased from 26 704 to 43 572. Meanwhile, the creative industry estimates that piracy has cost the European music, movie, TV and software industry €10 billion and more than 185 000 jobs in 2008 alone. The Commission is set to intensify its efforts in this area. Firstly, the Commission has tabled a regulation today that is to reinforce the European Observatory on Counterfeiting and Piracy, which it launched in 2009, by entrusting its tasks to the Office for Harmonisation in the Internal Market (OHIM). This will allow the Observatory to benefit from OHIM’s intellectual property expertise and strong record of delivery in trade marks and designs. The Regulation now passes to the European Parliament and the Council for consideration. Secondly, in Spring 2012, the Commission will propose to revise the IPR Enforcement Directive (see IP/04/540). The Directive provides for civil law measures allowing right holders to enforce their intellectual property rights but should be adapted, in particular to meet the specific challenges of the digital environment.

IPR enforcement by customs: Customs supervise all trade crossing EU external borders: they carry out controls for many purposes and have an essential role in fighting the trade in IPR infringing goods. In 2009 only, customs intercepted over 40 000 suspect shipments involving 118 million articles. Whilst the majority of goods intercepted are counterfeit or pirated, customs’ unique position at the border allows for the enforcement of a wide range of intellectual property rights. As part of today’s overall IPR strategy, the Commission also proposes a new customs regulation, to further reinforce the legal framework for customs’ actions. The proposal also aims to tackle the trade in small consignments of counterfeit goods sent by post as the overwhelming majority of these goods results from internet sales.

IPR is a cornerstone of the EU economy and a key driver for its further growth. In 2009, the value of the top 10 brands in EU countries amounted to almost 9% of GDP on average. Copyright-based creative industries such as software, book and newspaper publishing, music and film, contributed 3.3% to EU GDP in 2006 and account for approximately 1.4 million SMEs, representing 8.5 million jobs. Employment in “knowledge-economy” industries increased by 24% between 1996 and 2006 compared to 6% for other industries.

For more information on customs enforcement of IPR:

For more information on the new IPR customs regulation: 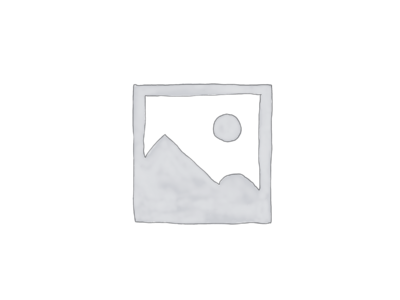 Obligan a Samsung a mostrar sus nuevos diseños a Apple